How Does Prototyping Help?

Rush PCB recommends that OEMs ensure a printed circuit board is functioning properly before starting a full production run. Although designers are careful when working on a project, invisible problems and small mistakes can pose a threat to the functioning of the PCB. If these problems are not sorted out before starting a full production run, the project as a whole may run into extra expenses, making it essential for designers to order prototype boards before giving the go-ahead for full-scale manufacturing. 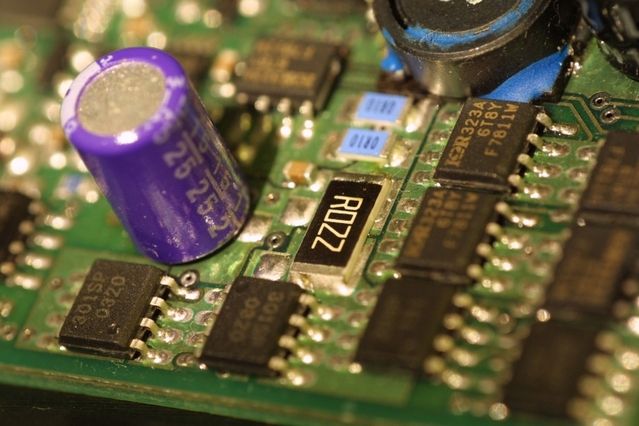 OEMs use different types of prototypes to test different stages of their design over the course of a project. The process may require multiple PCB prototypes at various stages. Usually the prototypes include:

Base Visual Models: These prototypes illustrate the physical aspects of the PCB related to the overall shape and component structure. As the first prototypes in the design process, designers use them to review the design to make it easy and affordable.

Working Prototypes: Designers use working prototypes to ensure the board functions as per plan with all features and functions of the final product. Testing these prototypes identifies weaknesses or problems in the design, allowing designers to rectify them before they build the functional prototype.

Rush PCB recommends using prototype PCBs through the entire design cycle. Repeatedly testing prototypes along the design cycle helps designers confirm the viability and functionality of every new addition or change. Although making prototypes and testing them may seem to add time and expense to the design process, it offers several advantages to the OEMs and their clients, such as:

Designers usually go through several iterations before deciding on a final product. In this process, prototypes help to consolidate the different steps that designers take—they can test the prototype and fix the problems before the final production run. Solving problems that crop up later in the design cycle usually takes longer.

Review and Assistance during Manufacturing

OEMs using a third-party PCB prototyping service benefit from the assistance they provide. Third parties usually have experienced personnel helping in design rule checking (DRC), design for manufacturing (DFM), and design for assembly (DFA). Unless designers review and sort out these problems, they can lead to inefficiencies, design flaws, and other issues during production.

Rush PCB is a renowned contract manufacturer for PCBs—visit our website today.

A prototype PCB makes it much easier for designers to solve their design issues before production start. The more accurate the design and the prototype, the better they can identify the flaw. Accurate boards help designers assess whether the practical performance of the PCB matches its theoretical predictions, check for the differences, update them, and to reevaluate their potentiality.

Use the expertise of Rush PCB to get accurate prototypes—visit our website today.

For large systems, engineers use prototype PCBs for testing singular components and functions, before integrating them into the system. Such individual testing helps in proof-of-concept runs, and allows an engineer to test and verify a design idea. It also helps them to break down a complex idea into smaller basic parts, thereby ensuring each of these parts function on their own before the designer can integrate them.

Solving PCB problems during production runs can be expensive and cause unnecessary delays, leading to longer time to market. By periodically testing with prototypes and solving the issues early on, the OEM is actually reducing a cost buildup and saving money by reducing wastage.

Depending on the specific design, prototypes help a designer try out different combinations of material and components. This allows the design teams to work out the best and most economical combination to use for their project.

Rush PCB is a leader in PCB prototype services, and serves over 400 clients in the United Kingdom. Our commitment to quality and attention to details is what makes us stand out from the rest in the industry.

For all your prototype purposes, call us today or visit our website.