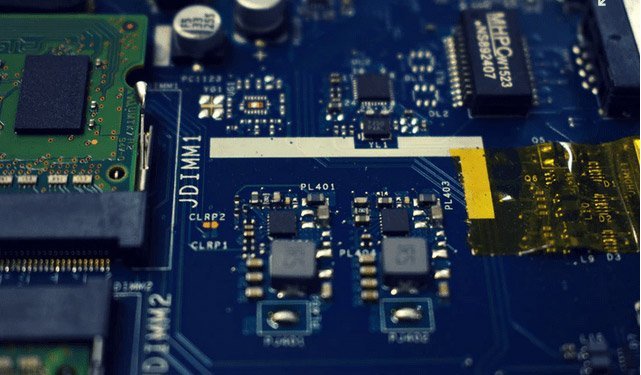 Polyimide is the typical base material for making flex printed circuit boards (PCBs). However, for some applications, OEMs find flex printed circuit boards (PCBs) made from Polyimide more expensive than their budgets allow. This may be because their application does not require the PCB to bend in a small angle, or bend repeatedly. In such cases, Rush PCB recommends the use of semi-flex boards.

As the name suggests, a semi-flex board is partly flexible. It is possible to bend the semi-flex board only a limited number of times, typically about four to six times. It needs to be done before it develops a potential problem. Products with several circuit boards mounted at different angles to each other, without the requirement of ongoing flexibility, find semi-flex boards suitable. The OEM bends the circuit board only once during assembly, after which the board does not undergo any more flexing.

Semi-flex boards have all the advantages that a flex circuit offers. Just as in a flex circuit, there are no fragile wire interconnects or connectors in semi-flex boards. Over time, connector contacts can oxidize, leading to poor connections, compromising the reliability and safety of the product. Absence of connectors also implies a reduction in the number of solder joints, leading to an improvement in reliability. Flex and semi-flex boards simplify the production process, as there is no longer any requirement of manufacturing looms for special interconnect cables, and install them manually.

Rather than use Polyimide, which is expensive, semi-flex circuits instead use a thin layer of standard FR4 material, with a lamination of copper layer on both its sides. Even without any special treatment, this thin FR4 layer can bend a few times without failure. The manufacturer uses four available copper layers for the rigid portion of the semi-flex board, with the flexible part consisting of the core or the thin FR4 layer with copper layers on both sides. Therefore, a two-layer circuit board forms the flexible connection between the two four-layer rigid circuit boards. The FR4 material defines the angle and radius that the flexible circuit can make.

For instance, the central core layer of the semi-flex PCB is a layer of FR4, with a thickness of 100 µm, and a layer of copper foil on its two sides with a thickness of 35 µm. This is how the manufacturer puts the flexible part in between, while continuing to build on the core, which continues through the entire circuit board. For the rigid parts, the manufacturer creates a double layer of prepreg on the inner two layers. The prepreg layer has a total thickness of 126 µm. A layer of FR4 material of 0.51 mm thickness and a layer of copper of 18 µm follows on the prepreg layer. Processing of the outer layers can follow the same methods as that for any ordinary four-layer circuit board. As the construction is symmetrical, the resulting semi-flex circuit board is stable and robust.

An alternative less-robust method of construction process uses controlled depth routing or deep milling of specialized FR4 layers. This method helps to achieve a bending/flexing section within the traditional rigid FR4 construction. This is a typical inexpensive flex-to-fit solution for specific applications. It is suitable only for static operations, with the bend typically just for installation. The rigid sections may have up to 12 layers, with the bending performance going up to 50 bend cycles of 0°-90°-0°.

While designing the PCB, the designer must take into account the limitations of a semi-flex circuit:

Rush PCB recommends following some best practices for effective utilization of semi-flex circuits. For instance, designers should preferably plan copper layers of 35 µm thickness on both sides of the semi-flex part. They must surrounding the print traces with copper polygons.

According to Rush PCB UK, it is best to have a selective chemical Ni/Au (ENIG) final finish on the non-flexible part of the PCB. Manufacturers also offer alternative surface finishes such as HASL (SnPb), LF HASL (SnNiCu), OSP, Immersion Tin, Immersion Silver, and Electrolytic Gold. The designer can follow the same process for screen prints, slots, and cut-outs as a regular PCB requires, along with a green solder mask.

The designer can follow advanced production techniques such as peel-off mask, round edge plating, PTH on board edges, and copper up to the board edges. Some manufacturers offer options of carbon pads and gold edge connectors. As the semi-flex boards are less flexible as compared to flex circuits, manufacturers prefer to supply them in panels to avoid damage during transport and assembly.

One of the major advantages of semi-flex PCBs over flexible circuits is the former is much cheaper. Although semi-flex circuits are only moderately more complex to manufacture than rigid circuits are. The main reasons for lower costs involve the use of FR4, rather than the more expensive Polyimide material.

Semi-flex circuits follow the same IPC standards applicable to flex and rigid-flex boards. For designers and engineers, the most important among them are:

The IPC-4202 standard defines the base dielectrics that flexible printed Circuits can use.

The IPC-4203 standard defines the adhesive coated dielectric films and the flexible adhesive bonding films that flexible printed circuits can use as cover sheets.

The IPC-4204 standard defines the flexible metal-clad dielectrics that flexible printed circuits can use in their fabrication.