Which circuit is the best for use: Traditional Printed Circuits vs. Flexible Circuits

Which circuit is the best for use: Traditional Printed Circuits vs. Flexible Circuits

A Printed Circuit Board, PCB, offers mechanical and electrical connection to electronic components by using pads, conductive tracks, and other electrical features which are etched from copper sheets laminated on non-conductive substrates.  Just like any other electronic components, PCBs have experienced tremendous changes and improvements, especially with technological advancement. One of these achievements is the invention of the flexible PCBs which are basically vast arrays of conductors bonded to thin dielectric films. To be precise, the flexible circuits were actually an advancement of the traditional circuits due to their special flexibility feature. Surprisingly, flexible circuits constitute a very small portion of the PCBs in the market all over the world. This is due to the fact that flexible circuits are still are a mystery to electronic manufactures. 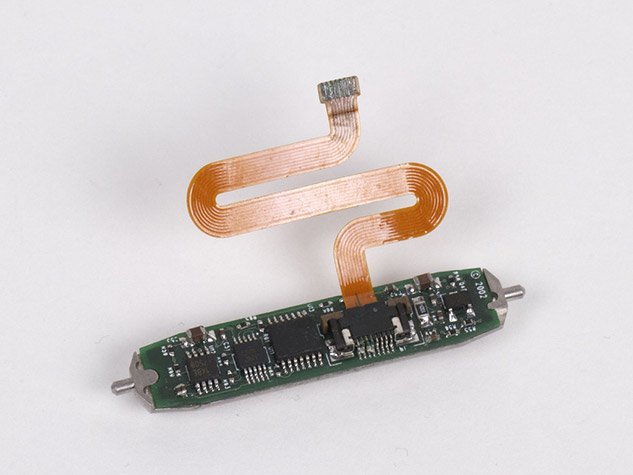 Image Source
Which PCB is better the best for your use? Can a flex Printed Circuit sustain several amperes of current? Can heavy copper bars be used in a flex circuit just like the traditional circuits? Please join us as we seek to answer these questions and many more thus bringing you to the lime-light about the best PCB that you should use for your domestic or industrial purposes. We are among the leading Printed Circuits manufacturers in the world with our customers boasting of explicitly unique but perfect PCBs delivered within the agreed time span. How can I order a PCB from RUSHPCB? This is quite simple thanks to technological advancements and e-commerce. You don’t have to physically visit our workshops to order and collect your products. Please visit us at https://www.rushpcb.co.uk/ and place your quote today. Our team of engineers will be ready to assist you from the initial part of designing your product to the delivery stage.

Traditional or rigid PCBs have been in use since the 1940s, especially for industrial and military purposes. They have been used in consumer products since the 1950s and the large-scale production of these circuits has been practiced since then. The Printed Circuit Boards industry is full of experts who specialize in various stages like the design, assembly, fabrication, and manufacturing who tend to ignore the appreciable differences between the traditional and flexible circuits. Flexible circuits however tend to be more tedious to manufacture and fabricate, unlike their traditional PCBs counterparts. Such differences are easy to understand this one is able to differentiate between the best choices of Printed Circuit Boards that they should adopt.

Traditional PCBs can be easily subjected to automate assembly since they are less complicated to design and assemble compared to flexible ones. This is due to the fact that they are rigid and they can easily endure wave soldering and IR (Infrared) reflow soldering. On the other hand, flexible circuits pose a problem in automated assembling due to the complicated nature of the circuits thus wave soldering can’t be used in such circuits. Sequentially, the flexible nature of these PCBs makes automated assembling a problem since it can be tedious to take them through all the assembly stages.

Just like the Traditional PCBs, flexible circuits absorb moisture fairly well and they should be baked out before being taken through high temperatures. The same solder paste screening procedure is also the same for both the traditional and flexible circuits. However, after the solder paste screening point, care must be taken since the procedure involved in each of the circuits is quite different. The next procedure will be the pick and place step which mounts some pressure on the circuits. Flexible circuits should be protected during this procedure to provide for stability and for reliable placement of the components. The stability of flexible circuits is also needed in the soldering process where all the components are soldered into their designated positions. After the components are soldered into place, they are cleaned, re-worked, and inspected. After this procedure, stability is no longer crucial for the flexible circuits thus the stability figure that was added during can be eliminated for the completion of packaging and shipment tasks.

The following are some of the frequently asked questions which will help you understand the differences between traditional and flexible circuits better.

Yes! The calculations carried out to achieve impedance control are the same for both traditional and flexible circuits except for the thickness and the dielectric constant of the material used. Equally important, the spacing between traces, the distance between layers and the trace width are other factors that should be taken into consideration. After these calculations are carried out, it’s possible to design a flexible circuit like a rigid one.

Yes! Flexible circuits possess the same current carrying capacity for copper traces tables used for traditional PCBs since the copper used is of the same rating and the operating conditions including the ambient temperature conditions are fairly the same. The same copper thickness can also be used for both printed circuits. The typical thicknesses commonly used are  oz, 1 or 2 oz.

Again, the answer is yes! The same design techniques used for a traditional PCB will still work for a flexible Printed Circuit Board. Loops and ground layers can be easily used in the same manner so as to keep noise in and out of the sensitive areas.

Yes! Flexible circuits’ panels require special tooling or fixtures so as to run through the automated lines. However, there is no need to worry since flexible circuits can be taken through mass assembly just like their traditional PCBs counterparts.

With over 20 years’ experience in the PCB world, we understand the complexity in designing flexible circuits especially for the electrical characteristics. We, therefore, recommend that you consult some experienced manufacturer who will help you in all the stages of manufacturing a flex circuit. As an international company, we have highly skilled engineers who work round the clock to ensure customer needs are satisfied by having the PCBs function as directed. You might have tried a different PCB manufacturer who disappointed you. Please visit us today and we promise to make you smile. Place a quote with us at https://www.rushpcb.co.uk/