How to Calculate PCB Trace Width 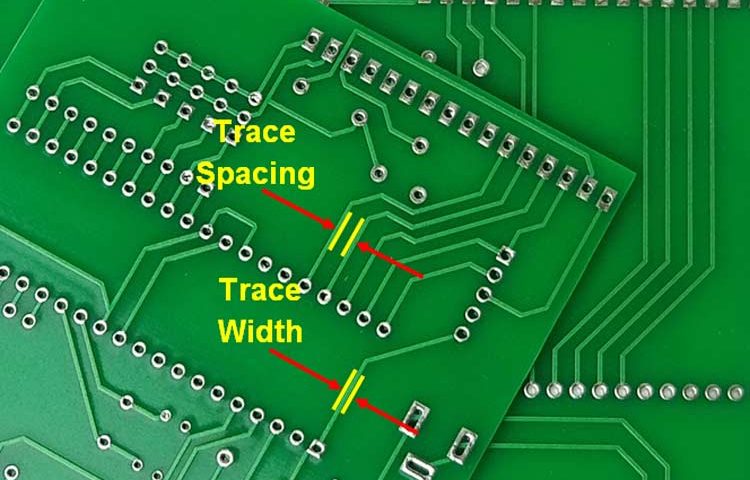 The calculator (https://ninja-calc.mbedded.ninja/calculators/electronics/pcb-design/track-current-ipc2152) or (https://twcalculator.app.protoexpress.com/) based on the latest IPC 2152 standards is more accurate and requires more data input. However, for general purpose use, the calculator based on IPC 2221 is also helpful.

Both calculators find the minimum PCB track width for a specified continuous current and temperature rise. The calculations take into consideration the thickness of the copper track, its distance from planes, the entire thickness of the board, and the material the PCB uses.

IPC 2152 provides graphs, and the trace width calculator uses equations from the data extracted from these graphs. For this, the designers used the tool WebPlotDigitizer, with which they fitted suitable trend lines to the graphs.

The accuracy of the calculator based on the graphs provided by IPC 2152 is quite high, as long as the range of data lies within that provided by these graphs. Beyond this range, the equations tend to extrapolate, but the results can be inaccurate.

The calculator assumes the current to be DC and, hence, constant. However, it is also possible to use the RMS value for a pulsed current, provided the pulses are fast enough.

All PCB materials have a relative thermal index or RTI, and the designer must take care to never exceed the temperature of the PCB material beyond this RTI. The Underwriter Laboratories define this RTI as the temperature at which it is possible to retain at least 50% of the material properties of the material after 100,000 hours. However, this calculator will not take into account heat sources that are active nearby.

Details of Trace Width Calculator Based on IPC 2152

The calculator is basically a three-in-one calculator. The three parameters involved in the calculation are — trace width, maximum allowed temperature rise above the ambient, and maximum current capacity of the trace. Out the three, if the designer knows any two, the trace width calculator can calculate the third.

Additionally, the calculator also provides the DC resistance and the voltage drop across the trace for a given length.

Expectations from the Trace Width Calculator

Trace width calculations are always critical for PCBs carrying high currents. Therefore, the designer must know the trace width that is just enough for carrying that high current. For instance, if the trace width is not adequate, the current flow may burn out the trace, and impact the functionality of the PCB.

The tool requires ambient temperature input and the trace length also. With these extra inputs, the tool can calculate additional parameters such as trace resistance at ambient and at elevated temperature, maximum voltage drop, and maximum power loss.

The trace width calculator based on IPC 2152 is a versatile tool for PCB designers. They can use it in multiple ways to calculate various parameters of a PCB trace under different operating conditions.